Yes, I’m going back down the well-trodden path. Apologies in advance.

Convivencia is probably the most contentious word in medieval Iberian studies.

While debate around it and its usage has died down in recent years, it still underpins much of the scholarship on al-Andalus and the presence of Islam in Iberia until the invasion and conquest of the Kingdom of Granada in 1492. Despite their differing theses, large-scale scholarly projects on the level of Castro (1948), Sánchez-Albornoz (1956), Glick, Menocal (2002) and Lowney (2006) all have one inevitable tendency in common: their desire to unpack convivencia, the ‘co-existence of multiple religious identities’ in al-Andalus in its totality as a cultural phenomenon.

More recent works assess individual case studies of religio-cultural co-existence without overt generalisation, such as Mark Abate’s impressive new edited collection Convivencia and Medieval Spain (2018). The study is wide-ranging yet specific, although I’d caution that its fundamental lack of literary or, more generally, artistic analysis limits its vision and scope. Abate’s valuable overview of the debate present in the introduction notes the politicisation of the debate thus far, as well as the nostalgia redolent in works by scholars such as Lowney, suggesting that convivencia has in fact become a metonymy for varying politicised approaches to historiography:

“Convivencia became something of a banner for a certain political and social orientation: one which saw an inherent value in ethnoreligious diversity and a critique of the status of traditionally hegemonic groups”. (2018, ix)

Every scholar mentioned here has made excellent discoveries and progress by assessing numerous individual cases of life in al-Andalus and the Spanish kingdoms, yet a common thread still persists: to seek to draw these cases together to make a conclusion. To find a pattern. And, in some cases, to glean a lesson for the 21st Century.

It thus raises the question of why, as literary scholars and historians, we use a ‘macro’ viewpoint when it is impossible to accurately generalise so many lives over so many years? It is as if we are personifying an ‘Iberia’ or an ‘al-Andalus’ that never existed, constructed entities that cannot be defined en masse. Even the most recent and arguably best examples of these studies, such as those by Menocal and Lowney, still assume a wide-spread, even monolithic, understanding of ‘difference’. Rarely is an attempt made to unpack what ‘difference’ meant to the medieval Jewish, Christian, or Muslim Iberian, or interrogate the extent to which difference was conceptualised solidly in individual medieval communities.

Menocal makes salient point that acknowledges the importance of unconscious (and therefore historically somewhat unverifiable) thought during periods of coexistence, suggesting that tolerance in al-Andalus was a result not of a progressive political movement but rather an “often unconscious acceptance that contradictions – within oneself as well as within one’s culture- could be positive and productive” (2002, 11) yet on behalf of whom is this acceptance is being assumed? Of every individual living in medieval al-Andalus? Of al-Andalus as a kind of personified, feeling land mass?

To think of it another way, if we were to jump forward eight hundred years and find historians trying to make broad conclusions on contemporary attitudes towards migration to Europe from the global south, and subsequent ‘multiculturalism’ (again, a highly contentious and often reductive term), we’d be confounded by their simplicity.

The same tendency to ascertain the beliefs en-masse of a given ‘culture’ occurs in the early modern period in historiographical writing on the post-1492 era, one that was defined by the Inquisition, forced conversion and the eventual expulsion of Jews and Muslims, as well as the beginnings of Spain’s imperio-colonial conquests. Barbara Fuchs’ excellent work on maurophilia in early modern Spain seeks to demonstrate how:

“A hybrid, Moorish-influenced culture survives in sixteenth-century Spain […] and it represents an often unacknowledged challenge to the official narratives of a new national identity.” (2009,  269)

There’s no denying that the ‘official narratives’ that seek to propagate a purely Catholic Spanish national identity with Visigothic roots are misguided and politically-driven. However, is it helpful to then retort with the opposite: instead of a national identity, seek patterns to define the implicit existence of an unspoken ‘culture’ that resists the imperial fallacy? Does this run the risk of ignoring reciprocal cultural exchange, given moriscos had been living relatively freely in Castile since the second wave of the Christian Reconquest (see Dadson 2014).

It’s moreover unclear whether more recent scholars are advocating an unconscious influence of Moorish culture in artistic and/or literary works, or a conscious acceptance on behalf of ‘ordinary’ people.

These are just some preliminary thoughts or, rather, concerns that have plagued me in the course of beginning my thesis work. I am still struggling to come up with an alternative to what I have outlined above: if we cannot generalise or really know the truth of societies that were politically extant for a set period, can we conclude anything historical? Is conclusive, ‘accurate’ historiography that draws together evidence to find a pattern in the past impossible? And if sweeping conclusions are the only way for academic historians and scholars of historical literature to reach the general public, are we doomed to a windowless echo chamber?

Fuchs, Barbara. 2009. “Maurophilia And The Morisco Subject”. The Conversos and Moriscos in Late Medieval Spain and Beyond, ed. Kevin Ingram. pp. 269-286. Leiden: Brill.

Menocal, María Rosa. 2002. The Ornament of the World: How Muslims, Jews, and Christians Created a Culture of Tolerance in Medieval Spain. London: Little, Brown 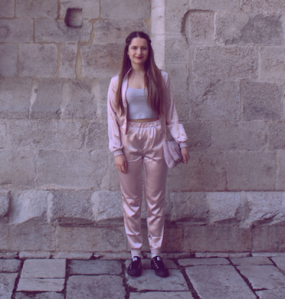